A priced delicacy for its extremely tasty meat. A prehistoric look. Killer-instinct. Fascinating biology. The black lobster (Homarus gammarus) has it all – and for that reason, it is being targetted by both chefs, freedivers, recreational and commercial fishermen, businesses and biologists.

At IntoBlue, we are also fascinated by this interesting creature, and as most of our activities are taking place in Limfjorden, the black lobster is also at the center of our attention. From numerous dives in Limfjorden over that past couple of years and tireless sidescanning of bottom structures, we have built a very robust and 1st hand experience on their habitat and different spots around Limfjorden centred around the middle section of Limfjorden.

The population of black lobster in Limfjorden is currently estimated to be quite healthy – but given the commercial attractiveness, it will continuously be quite vulnerable to overfishing, demolition of reef structures, regulatory framework conditions etc. Even if freediving interest has accelerated recently in Denmark and getting permission for recreational pod-fishing is very easy to obtain, it is still – relatively speaking – not very many people who have had the opportunity for a close encounter with the King of the Reef. One of the very objectives of offering guided tours for lobster hunting is to change that. We wish to make freediving after lobster more accessible, so that it does not require a wealth of experience to catch your first lobster. Further, we wish to make a contribution towards sustainable fishing. Thus, a central element to our guided tours is also building lobster caves and making sure that we gently restore any damage that may have been caused to a lobster hideout in the pursuit after the treasured species.

In Limfjorden, there are many lobster spots that are easily accessed from the shore. Having said that, we always go by RIB boat as this is not only a whole lot more fun, but more importantly, you are very flexible in terms of choice of spot, and can quickly decide to go elsewhere if the 1st option of choice turned out to have poor visibility or simply not any lobsters “home”. Further, it can help distance you from the areas which are most crowded by recreational fisher’s nets and pods which must be kept at certain distance if/when using light remedies such as a “lobster stick”, Finally, diving from a boat is simply a unique experience. Not only because you will be more productive (from enhanced flexibility and the opportunity of using advanced sidescanning technology in the boat’s plotter to locate hotspots). But also because Limfjorden is simply just incredibly beautiful when seen from the waterside.

The black lobster can be found a lot of places in Limfjorden stretching from the very western part in Limfjorden (in addition to the west coast itself) all the way thru Aalborg. Obviously, the concentration of lobsters across the different parts of Limfjorden will vary a lot given the differences in terms of living conditions for the lobster itself in regards to possibilities of hide-out’s and food. Given the proximity to our normal starting point of Løgstør or Rønbjerg, the below central square of Limfjorden is what we know best, and there are certainly a vast amount of spots to approach – under almost any weather conditions. Ideally, however, the wind direction is relatively stable for minimum two days in a row leading up to a trip. This will allow for the water to clear to some degree in at least one section of the map, Speaking of visibility, it will typically be best in the when temperature is below 10 degrees as algae production will be limited. Another nice benefit of the colder months is that the number of recreational fisherman with nets and pods will be more limited as they are dependent on the lobsters moving a lot. As the temperature drops, the lobsters mobility will also go down, as it will preserve its energy during the very cold months and just stay put in its cave.

The more murky the water, the more dependent a diver will be on knowledge of the spot and local conditions. Again, this is where a fish finder comes in handy. With a couple of meters precision, one is able to track down previously identified selective rock formations, big rock patches, or larger areas of interest. Yes, with modern dive (smart) watches, such functions – if you have ID on the spots, that is – can also be logged around your armwrist. Going by boat, however, offers you the luxury and comfort of just jumping in the water, as compared to exhausting oneself by first swimming potentially several hundres of meters in choppy waters before arriving at the designated location. With advanced sonar technology you can also perform side scanning of vast areas in little time. This will provide you with a better understanding of the bottom landscape to each side of the boat including density and size of rock formations as compared to a traditional 2D scanner with a more narrow focus top-down.

Lobsters are active in the night. During day hours, you will rarely find them visible at the seabed. On the contrary, they will sit tight in caves, chalk cracks, mudholes, or hiding behind extensive weed formations. As such, you need to know what to look for. For the trained eye, however, a lobster – even if not visible at first glance, will expose itself as there are some key characteristics to their hide-out’s which you can train yourself to keep special attention to. This scanning and identification is at the center of lobster trips with IntoBlue. We carefully explain the different type of hide-out’s, how to identify them, and last but not least,. how to exctract the lobster from the respective hide-out’s. Especially with larger and deeper caves (where you will normally find the largest specimens), a careful tactic is required in order not to spook the lobster in such a way that it will tuck itself to th every rearside of the cave potentially making it impossible catch it.

When diving at a reef in Limfjorden there will be quite a number of rocks and structures to take a look at when screening for lobsters. Consequently, if you wish to be more productive and preserve energy toonly dive for “high probablity spots”, there are a number of things to pay attention to when snorkelling over the selected area. To make it easy, I refer to them as the “3 S”:

Once you have a positive ID on a lobster cave and is certain that it is actually populated, you need to think about how to extract the lobster if you at this point have a good feeling that it meets minimum requirements and is not an egg-carrying female (these are preserved all year long). Fiskepleje.dk has a good illustration of the measurement requirements (and interesting insights on lobster biology too), which is 8,7cm from the bacskide of the lobsters eye pocket to the edge of the backshell (mind you, except the “hairline”).

Given the attractiveness of lobsters, the easy access to prime fishing grounds and the very low “entry barriers” to start fishing (a recreational license and a couple of “china pods” will not ruin you), there is a rather intense race to position ones nets over the most productive fishing areas. As such, it is important to be well aware of the regulatory framework governing this particular fishing. Distance to people’s gear (regardless of pods or nets) is 300m when you freedive with “light hand equipment / tools”. As it is not properly described in the folder, I have requested a senior consultant from Fiskeristyrelsen to clarify what is to be understood by this. Some people compare underwater hunting with recreational fishing with rod and reel thereby arguing that the distance to nets etc,. should be min. 75 meters. As much as the argumentation and perspective might be in place, there is, however, a notable difference when it comes to the distance requirements cf. section 13(1) and (2) in BEK No 1552 of 11/12/2015 on fishing in salt water:

“Underwater fishing (including freediving after lobsters, red.) must not be performed within a distance of 300m to other fishing tools (like pods and nets, red.)”

The BEK in question does not clarify what is to be understood exactly by “light hand equipment/tools”. The consultant therefore helps shed some light on this when stating that …

“Light hand tools for underwater fishing can be spear(gun), handheld net, stick or the like for provoking / scaring / pushing the lobster out of a cave with… so hand-held tools with which fishing is carried out actively. In other words, nets and pods cannot be considered as light hand tools”…”It is true that as a freediver, you should not (for legal compliance, red.) keep your distance from nets and/or pods as long as you are not equipped with light hand tools”.

This implies that catching lobsters with your bare hands close to other people’s fishing equipment is – from a legal standpoint – acceptable. For safety reasons and general respect to other people’s interests, I would under all circumstances advise to keep a distance for as much as possible. Most importantly, when catching lobsters without any hand-held tools, take good care of your fingers (!) and remember to restore any lobster cave that you might subject tio damage when extracting the lobster. Finally, as going after lobsters this way normally will expose the lobster for a greater risk of getting hurt, pay attention to the size of the lobster and see if you cannot identify if its a female before starting to muzzle with the lobster. If you believe the targetted lobster may be female and/or looks like it could be too small… then leave that lobster behind a try find another one. This for sure, if nothing else, should bolster your “lobster karma”!

Further to the above, one should familiarize with the leaflet on “local preservation and minimum length for lobsters in Limfjorden” and “Distance Rules” (for fishing, red.). Both documents are easy to read and understand, and gives you a good starting point to understand legal requirements when going after lobsters in Limfjorden and ensures you will comply with the regulatory framework in place. Also, you will be able to communicate with recreational and/or commercial fishermen on a fact-based ground, should you end up in discussions about the legal premises for the respective types of fishing.

The idea with this blog post was to 1) give you an idea of how I consider diving from boats far superior to diving from the coastline when it comes to lobster hunting, 2) some basic techniques on how to identy lobster habitat and caves, and 3) a thorough introduction to the regulatory framework applicable to free diving after lobster in Limfjorden.

If you would be most comfortable with a gentle and profesional introduction to diving after lobsters and/or would just like to experience the upper-hand we get from approaching lobster hunt from a boat, we will be happy to arrange a trip with you where we go lobster hunting for a full day. 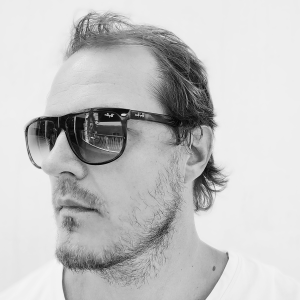 Our core focus is to use boattrips to provide superior marine-related experiences on, at and under water with emphasis on different degrees and forms of fishing & collecting some of nature’s finest resources from the Sea. We do so by using modern and well-equipped boats for efficieny, fun & comfort. Throw in plenty of 1st hand experience in fishing, diving and harvesting the local waters, and spice it up with culinary twist, historical & biological background information and a high service level.

THANKS FOR
SUBMITTING YOUR REQUEST!

We will return at the earliest with an answer.

Get Hooked Up with Us!